Incidence around the world 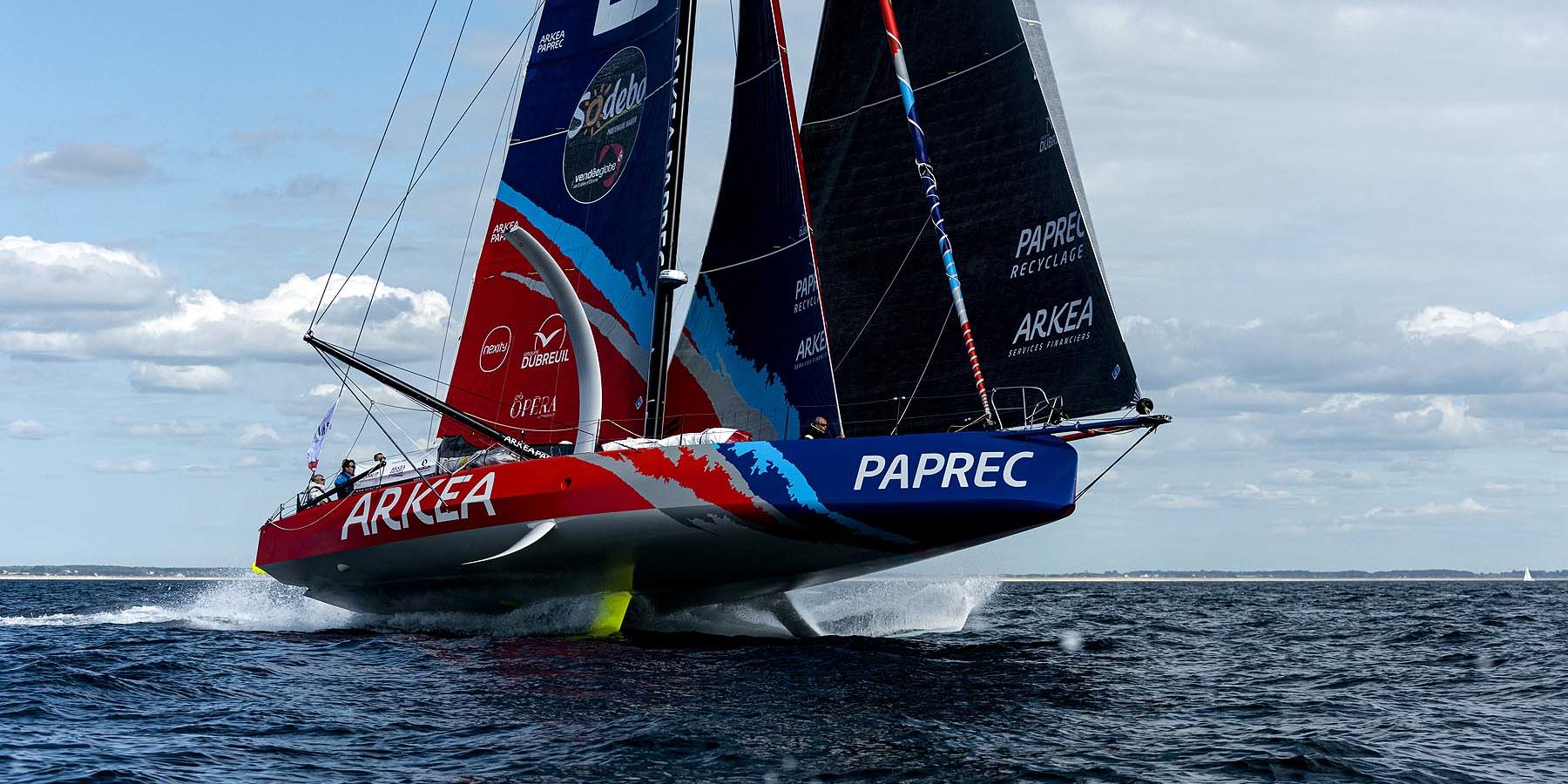 One month from now, the monohulls will all be moored at the famous pontoon in les Sables d’Olonne. Clément Giraud (Compagnie du lit / Jiliti), Stéphane Le Diraison (Time for Oceans), Sébastien Simon (Arkéa Paprec), Maxime Sorel (V and B – Mayenne) will all be on the starting blocks for the Vendée Globe. To prepare their solo circumnavigation, they have all chosen to work with Incidence.

America’s Cup, TP 52, Mini, Trimaran Orma… and even on Sébastien Roubinet’s Babouche catamaran, Clément Giraud has sailed on almost all of the world’s seas and on many boats ofsshore. His Vendée Globe dream had almost gone up in smoke last year just before the start of the Transat Jacques Vabre. But his determination and the solidarity of seafarers, especially of Erik Nigon*, have helped him fulfill his dream : he will line up for the race around the world on October 8. He will be equipped with a mainsail and a gennaker in DFi®.

« I worked in sailmaking when I arrived in France, it’s an environment that I know well and I already knew everyone at Incidence. I have always said that the best sailmaker is the one that is located near your boat! But to be honest I also knew that Incidence was one of the few teams that had (and still has) the experience and the structure to achieve something. The membrane, which is made in France, in Périgny, is great for us as it allows a better follow-up. One of my top priorities was weight gain and I knew the DFI® would meet this requirement. I also wanted nice profiles, a good mainsail for better performance and speed, even on a boat from a previous génération.

The contact with the team is great. They are attentive and provide a high quality service, you can tell they have a lot of experience : I feel strongly supported. »

Mini, Class40, IMOCA… Stéphane has climbed the ranks of ocean racing with talent while preserving his amateur status until his arrival on the IMOCA circuit. This time, it was impossible for him to maintain his « normal » routine, preparing a round the world race required his full engagement.

« Regarding performance, I am really satisfied with the DFi® : the sails have nice profiles, good shapeholding and they are light. The advantage in terms of weight is also considerable.

The sails meet all the requirements and they are beautiful. I am also very satisfied with the service provided by the team and the prices were in full conformity with the specifications.

We discussed a lot with the team. Ronan and Max at the Design office and also with Cesar (coordinator) : they are all highly qualified and flexible, the specifications were respected. The sails are exactly how I wanted them to be.

With the Time for Oceans program, I have commited to reduce the environmental impact of my project : limiting transport and using sutainable materials were part of the criterias to work with Incidence ».

Surrounded by a highly qualified team, Sébastien Simon who has experience in the Olympics and in the demanding circuit of the Figaro will take part in the Vendée Globe on one of the latest generation of foilers. Alongside with Vincent Riou, they chose Incidence and Maxime Paul’s expertise to work on the « engine » of this new foiler :

« for the quality of the profiles, the proximity of the team… I am really happy with my set of sails, they are really performant. Maxime Paul is dedicated and has put up a lot of work. It is always a pleasure to work with the Incidence team. They were really understanding and perfectly responded to our needs in terms of timing. They have done a great job. Everything is made in France and therefore it makes it easier to follow the production step by step ».

Maxime Sorel (V and B – Mayenne)

Experienced in the Class40, Maxime Sorel has joined the Imoca circuit in 2019 with humility and great enthusiasm. He has quickly made his mark on the Imoca circuit with honourable results. He chose to work with the Incidence team for its capacity to meet specific demands required on a project like the Vendée Globe, the quality of the profiles, the materials, but also to support local production.

« The sailmaker has met all my requirements : the sails are performant, strong and light. I have seen the strength of Incidence in its capacity to draw and produce a set of sails in very little time. They are dedicated, understanding, there is a real follow-up : they are very caring ! We also had the chance to see the production of the membranes at Incidence Technologies and the finishing of the sails in La Rochelle. And last but not least, everything is produced in France ! ».

The Défi Azimut, warm-up for the Vendée Globe took place mid-september in Lorient. It led to two podiums for the Incidence sailmaker :

Stéphane Le Diraison (Time for Oceans) : 10th during the runs et 16th in the 48h race

The first two years alongside Incidence have been very positive!
1 March 2021

A series of podiums in the IRC class
28 September 2020

On the Figaro circuit, most of the sailors have chosen Incidence Sails
3 September 2020
Les derniers articles
Go to Top